What is the pancreas?

The pancreas is an organ is located in the upper abdomen, behind the stomach, and it produces a fluid that contains enzymes that participate in the digestion and absorption of food. The fluid is transported to the small intestine through a duct called chole ducts. The pancreas also mediates the glucose leves through the production of insulin.

It is the sudden inflammation of the pancreas caused by the activation of digestion enzymes within itself before they are released to the intestine. In severe cases, the pancreas destroys itself in a process called necrosis which results in a generalized inflammatory reaction that may affect other vital organs. Pancreatitis more frequently affects men.

What are the causes of acute pancreatitis?

The two most frequent causes are stones in the biliary duct (cholelithiasis, 80%) and excessive alcohol consumption. Stones in the gallbladder may migrate to the biliary duct and obstruct the release of the pancreatic substances into the intestine. Alcohol has a direct toxic effect and may also result in chronic pancreatitis. Other causes may include some medications, significant increase in blood fat levels, increase in blood calcium, some surgeries, obstructions in the pancreatic duct, and physical trauma to the abdomen. In approximately 20% of the patients, a cause if not found.

It is frequently manifested as a continuous and intense pain mainly located in the upper part of the abdomen. Pain may be accompanied by nausea and vomit. It can worsen in a matter of minutes after a meal, especially if the food high on fats. The pain can increase in severity or frequency over time.

How is pancreatitis diagnosed?

Blood tests typically reveal elevated pancreatic enzymes (amylase and lipase). However, a CAT scan is necessary to confirm the diagnosis. 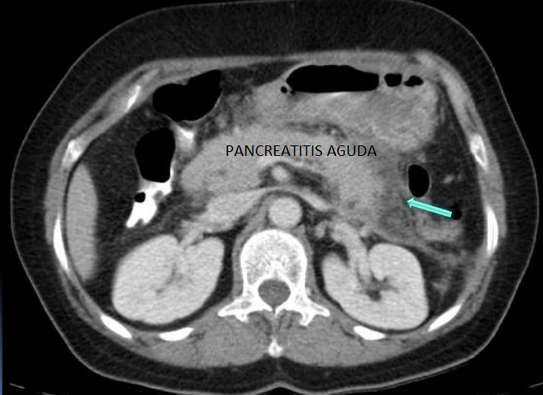 The CAT scan may provide a way to visualize the level of necrosis in the pancreas along with other abdominal complications. And abdominal ultrasound allows physicians to see the presence of stones in the gallbladder, but generally inflammation of the pancreas obstructs the view of the pancreas. An MRI may be an alternative to a CAT scan if there is an allergy to IV contrast, in case of kidney failure, and if the possibility of a stone in the bile duct wants to be discarded.

Endoscopic ultrasound is useful for the examination of the pancreas and detect biliary duct stones not seen through other examinations. 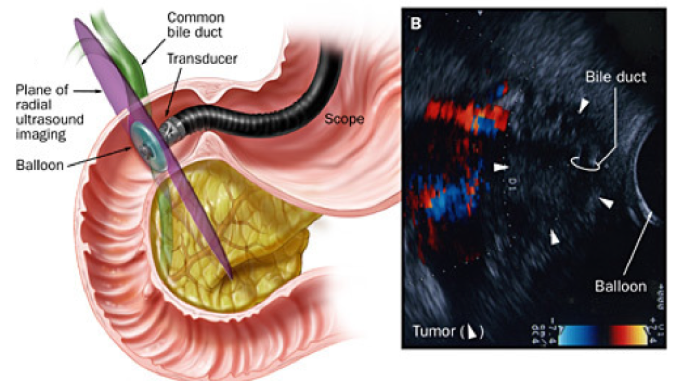 What are the complication?

Pancreatitis may reappear as a chronic pancreatitis. The probability of return depends on the original cause. Complications may include: kidney failure, syndromes of severe respiratory failure, accumulation of fluid in the abdomen, pseudocysts of the pancreas, or heart failure.

What is the treatment?

There is no specific treatment available for pancreatic inflammation. Patients must resort to abundant IV fluids, pain relief medications, and avoiding intake of food by mouth. Mild cases often need no further treatment and recovery generally happens in a matter of a week. Sever cases may require observation in the intensive care unit to be administered antibiotics in order to combat the infection caused by the pancreatic necrosis, as well as to establish a feeding tube. In cases where the necrosis becomes infected it is necessary to remove the dead fragment of the pancreas. This procedure used to be performed surgically but can now be done by means of endoscopy.

An Endoscopic Retrograde Pancreatography (ERCP) can be required in order to remove the obstructing stones. Pseudocysts can also be treated. 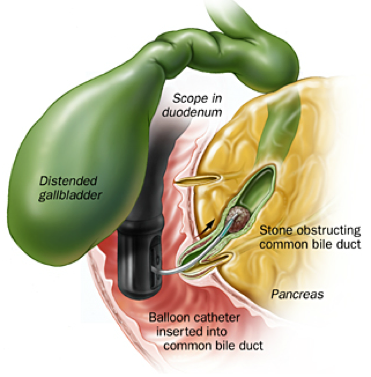 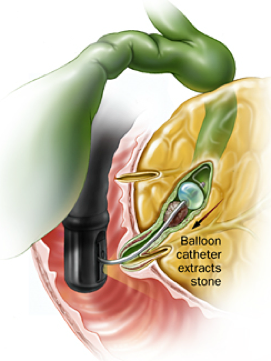 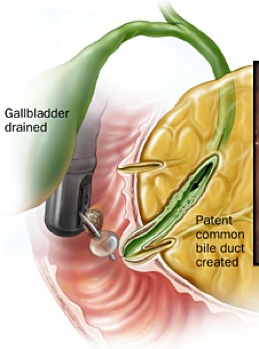 What is the prognosis?

In the majority of the cases inflammation is mild. However, 1 of every 5 cases become severe. Mild cases have a good prognosis and result in complete recovery. Severe cases may be fatal 20% of the time; generally patients with extensive necrosis of the pancreas and failure of vital organs.