What is a peptic ulcer?

It’s a lesion in the form of a wound in the most superficial layer of the digestive tract (mucosa). When this lesion is located in the stomach is called peptic ulcer. 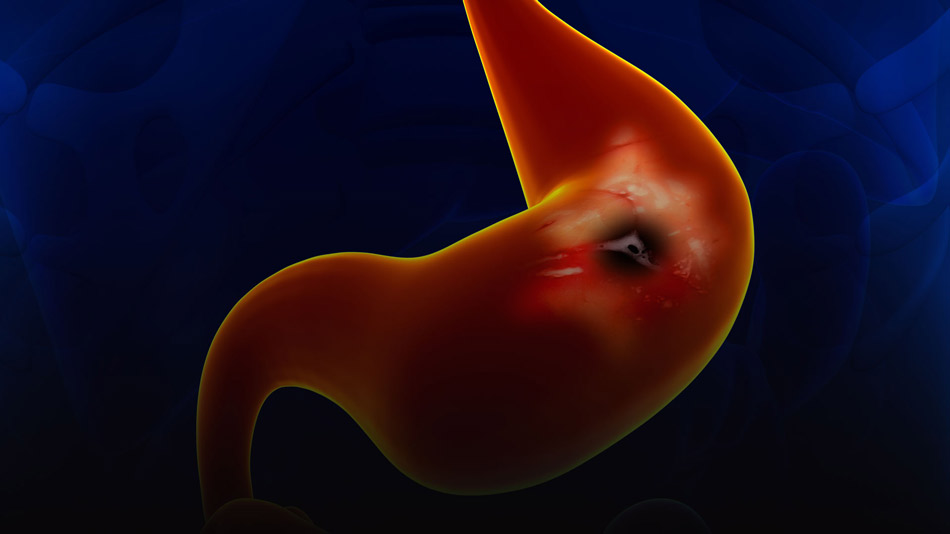 What is the cause?

It used to be considered the result of excessive production of acid in the stomach. However, currently the main suspect is the bacterium Helicobacter pylori. This bacterium infects the stomach in a large portion of the worldwide population (approx 50%). Only 10-20% of infected individuals will develop a peptic ulcer. The rest of the infected individuals interact with this infection without any trouble or side effects. The exact mode of transmission is not well known, for which is recommended that infected individuals take special precautions to prevent infecting others. Consumption of NSAIDs such as Aspirin are a primary cause of peptic ulcers. These medications are used frequently for the treatment of pain, inflammation, and fever.  Individuals older than 60, with previous history of peptic ulcers, or that make use of blood thinners have a higher chance of developing peptic ulcers. Tobacco and alcohol may also increase the risk of peptic ulcers.

The most frequent symptom is discomfort in the central and upper areas of the abdomen, as well as heartburn that appears after meals. Other, less frequent symptoms include nausea and vomiting. Complications may include digestive hemorrhage, perforation, and stenosis or narrowing.

How is it diagnosed?

The diagnosis is based on the symptoms and is confirmed by endoscopic examination. The bacterium H. pylori can be detected by means of a tissue sample or biopsy taken at the moment of the endoscopy.

What is there treatment for peptic ulcer?

Regarding general precautions: It is recommended that patients with peptic ulcers stay away from foods that cause their symptoms. Staying away from coffee, tobacco, and alcohol are also indicated.

Regarding peptic ulcers associated to H. pylori infection: In these cases, the cure is obtained by first eliminating the bacteria from the stomach. Different treatments are available, but the most effective uses the combination of three medications (two antibiotics, one BPI) during seven days. This is successful in 80 to 85% of patients. In the case of antibiotic resistance bacteria, a second rescue treatment with four medications (including three antibiotics, one BPI) which accomplishes eradication of the bacteria in most patients. It is important to be aware of any allergic reaction to penicillin, as the majority of the treatments used to treat the infection include this drug, in which case it must be substituted by a suitable antibiotic.

Regarding peptic ulcer associated with the intake of ANSIDs or Aspirin: In these cases, such drugs must be suspended, and BPIs are employed in order to achieve the healthy scaring of the BPI.